As a follow up to last week’s article about antique prices we thought we would write a little about changing styles. What follows is a generalization of what was the most common style at the time. There are always exceptions.

At least once a month someone comes in the Barn and says something like: “I haven’t been in here in twenty years, this place looks exactly the same”. While the place has always been packed with lots of cool stuff. The stuff we carry is very different from twenty years ago. For example 20 years ago furniture accounted for well over 80% of our sales, today it’s closer to 60%. Accessories have replaced items like formal dinning sets. So the contents of the Barn are actually very different from twenty years ago.

The vast majority of our customers were in one of two camps in 80’s and through the 90’s. You were either formal or country. If you were country you bought Canadianna or primitives. And you cared about things like original milk paint and how many boards were on the top of your table. If you were formal, Victorian, Duncan Fyfe, and French styles were what you were looking for. And if you were lucky enough to find an original Georgian piece you nearly lost your mind. Seriously, this stuff was in such high demand that occasionally our customers would fight over a piece, literally. That is why to this day when a customer tells us they want a piece we take the tag off of it. That way it’s clear who it belongs to, and no one gets in a fight. Getting beat up while antiquing does not make for a good story.

These days greys are very popular. There are lots of “sundried” products on the market. Industrial collections are popular, lines with names like-stark, concrete, ironsides, and industrial[ that one is a little on the nose]. But it’s still generational. We carry the entire line of Irish coast reclaimed wood furniture in a more traditional colour called African dusk. The line is also available in sundried. There are photos of examples of the two colours at the bottom of this article . More than 90% of the African dusk colour pieces we sell are bought by customers over the age of 40. Conversely about 90% of the sundried pieces we sell are bought by customers under the age of 40.

There has also been a move toward more natural forms lately. Live edge tables are the most obvious example. I am particularly found of the root coffee tables we carry. And what we call stump vases. Where everyone is unique. If you’re not sure what I’m taking about there is a photo at he bottom of this article. Or you can check out the “Nature Form” section on our “Reproductions” page.

So if you are trying to figure out what style is coming next just look to the past. Or maybe technology and modern forms will push out warmer classic style for good. But that would be something new. 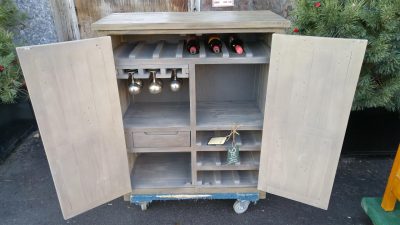 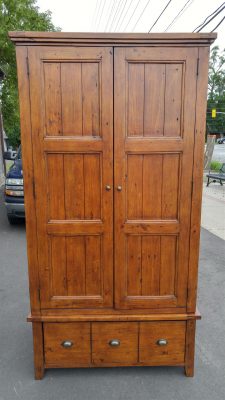